See Photos Of Our Other Cakes Too !!
Cake Sculptures for Albert Pujols (St. Louis Cardinal & League MVP) and his wife Deidre. (Page 2)

Back To Page 1 of Pujols Cake Photos 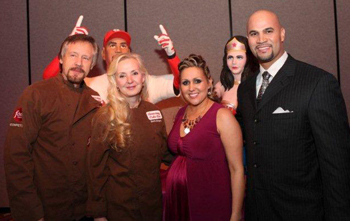 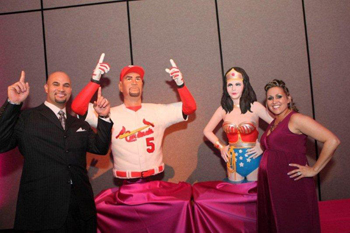 Albert, in his signature "homerun" pose, and his wife Deidre with the sculptures. 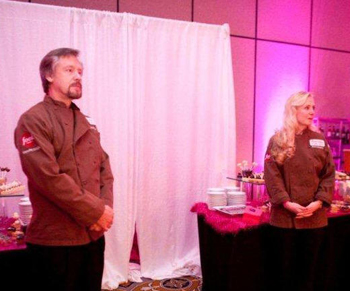 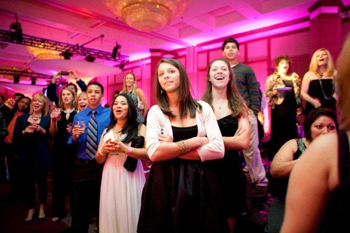 Behind Curtain # 1--Ready for the Big "Reveal"--Drum Roll Please! The crowd was amazed when they saw the cakes. 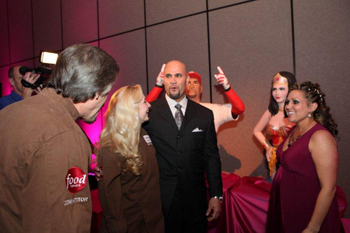 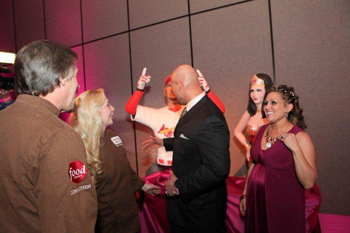 It was definitely a New Year's Eve we will always remember! We wish the Pujols all the best in the future and thank them for letting us be part of their Anniversary.

It was a lot of fun seeing the Pujols' reaction to the cakes--they had not seen them in advance. 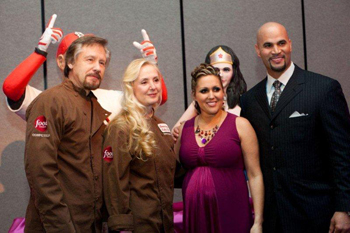 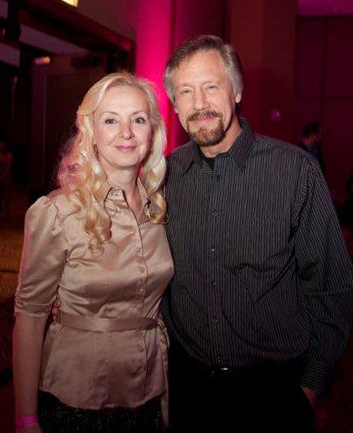 The Pujols were kind enough to invite us to attend the party after our official duties were finished. 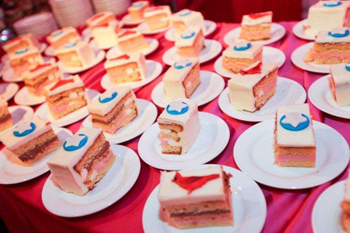 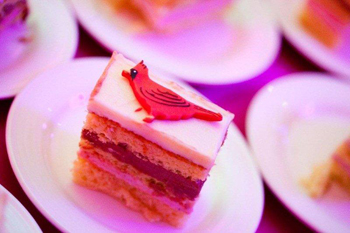 So the sculptures could be viewed all evening, we made sheet cakes for serving during the party. We were up until 4:30 am cutting and boxing slices of the sculptures to serve at brunch the next morning.

Here's a close-up photo of one of the hand-painted cardinals made of modeling chocolate.

Back To Page 1 of Pujols Cake Photos

See Photos Of Our Other Cakes Too !!